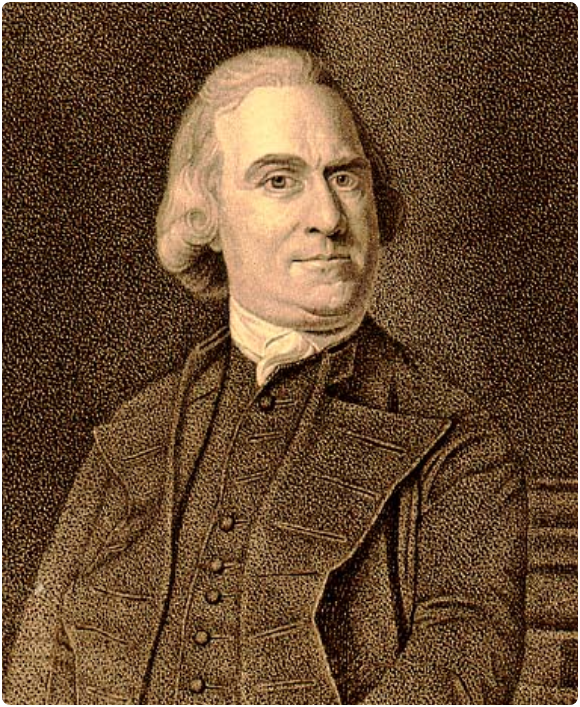 A major leader and activist in the American Revolution, Sam Adams led protest against the Stamp Act, was a founder of the Sons of Liberty, a principal organizer of the Boston Tea Party, a member of the Continental Congress, and signer of the Declaration of Independence.

Our most famous daughter is Susan B. Anthony, relentless suffragist.

We keep that feisty tradition alive!

A brief history of Adams

Adams, Massachusetts was settled by Quakers and Baptists from the Smithfield, Rhode Island area who started arriving here at the late 1760s when this area was called East Hoosuck and included both Adams and North Adams. They cleared the fields in the upper valley and avoided the valley floor which was swampy and flooded by the Hoosic River.

During the Revolutionary War, when Berkshire County men rallied to stop Gen. Burgoyne’s army from capturing stores in Bennington, Vermont in August 1777, farmers from East Hoosuck joined in to successfully defeat the scavenging imperial forces. In the following April, 1778, the town of Adams was incorporated and named after Samuel Adams, a signer of the Declaration of Independence.

Adams residents were mostly farmers who produced beef, cheese and leather. This changed when new technology harnessed water flowing off the mountainsides to power textile-producing machinery. By 1829, there were 15 small textile factories in Adams. Cotton, grown in the south, was shipped up the Hudson River and carted over the mountains by ox to be woven in Adams factories. Improved transportation technology expanded the markets when the railroad track connected North Adams and Pittsfield with the ports of Boston and Albany. The 1850 Federal census of Adams counted more factory workers than farmers. Textile manufacturing was the main occupation in this town for the next 139 years.

The years after the Civil War were a time of rapid economic growth. The Renfrew Manufacturing Company expanded the south Adams village northward. Long rows of brick houses lined two sides of Columbia Street to house employees of the largest factory in town. Joining the Irish immigrants were Scots, French-Canadians and Germans.

Other business developments laid roots in town: paper-making and lime-quarrying in the south village, shoe manufacturing and railroading in the north village. The completion of the Hoosac Tunnel in the north village of Adams in 1873 sparked a bonfire of economic activity there, so that by 1878, the two villages split into two separate towns naming themselves North Adams and Adams.

A second wave of economic expansion occurred in the new Adams in the early 1880s when a plastic called Zylonite was manufactured in the northernmost section of Adams. This lasted slightly more than a decade but it indicates the entrepreneurial spirit that existed at that time. The greatest economic gains that the town was to experience was yet to come.

A member of the Plunkett family, which is renowned throughout Berkshire County, first came to Adams in 1829 and bought an established textile mill and expanded it when the railroad came to town. His sons, William and Charles, joined their father in the 1880s and surpassed his accomplishments when they organized the Berkshire Cotton Manufacturing Co. in 1889 and built its first mill on Hoosac Street. Within in a decade three mills were added, each one doubling the previous one in capacity. 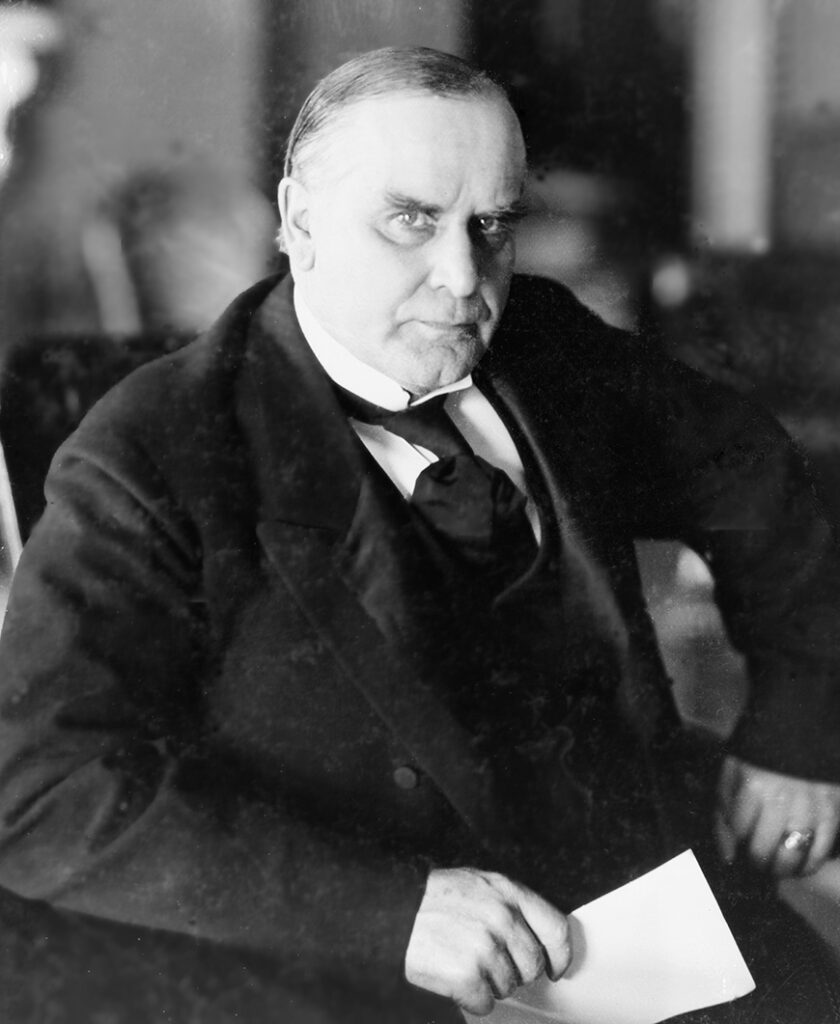 The Plunkett’s rise to great wealth parallels the ascendency of William McKinley to the presidency of the United States. Congressman McKinley from Ohio sponsored the legislation to tax foreign cotton goods so that American-made goods were cheaper. Governor McKinley made his first trip to Adams to dedicate Berkshire Mill No. 2. Mill No. 3 went into operation on the day Republican candidate McKinley was nominated to the presidency. He visited Adams a second time six months after his presidential inauguration.

On his third visit to town, McKinley laid the cornerstone to Mill No. 4. After his assassination, a statue was erected to him on the main thoroughfare through town. The Berkshire Cotton Mfg. Co.became the second largest employer in the county and the Adams economy grew with it. In the 1890s, all the brick commercial blocks on Park Street were built. Three churches, two schools and the library were built. Between 1895 and 1900, the population jumped 42%. Many of the new arrivals were Polish teenagers.

There were nine different ethnic groups living in Adams. Sermons were preached from pulpits in five different languages. The 1930 Federal Census showed that 75% of the population was foreign-born or children of foreign-born parents. The religious affiliation of the majority of residents was Roman Catholic. In the 1928 Presidential Election, Democrat Al Smith of New York received the majority of votes in Adams most likely because he was Roman Catholic and pro-labor. Adams was no longer a typical New England Republican Protestant Yankee town. 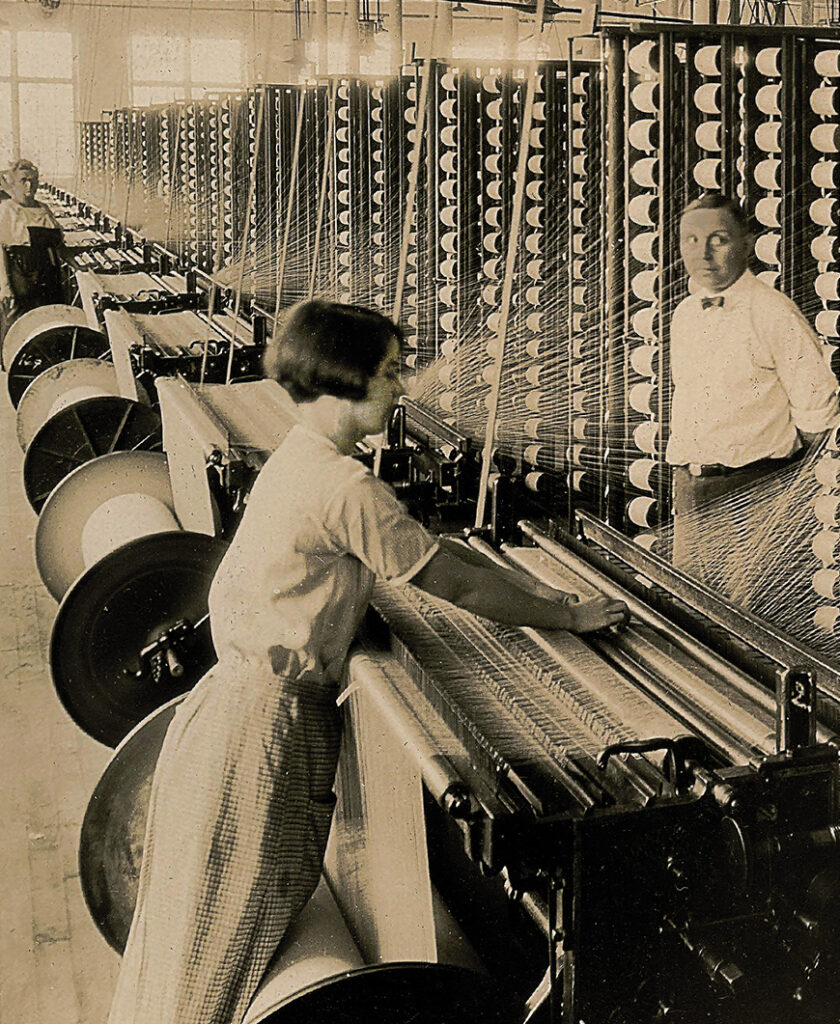 The textile industry’s decline in the Northeast was slow and steady. The Berkshire Mills closed in 1958 but the last textile operation to exist in Adams, Waverly-Schumacher, closed in 1989 ending an economic era. Meanwhile many Adams residents found work in the electronics industries in neighboring towns: General Electric in Pittsfield and Sprague Electric in North Adams.

As the textile industry faded, the development of a tourist economy was envisioned – in particular the development of Mt. Greylock as an attraction. The first attempt was a tramway from the base to the summit of the mountain. Others were a ski resort with a hotel conference center and condominiums and then a gambling casino resort. Nothing materialized due to the irresolvable issues of a private project on environmentally-protected state-owned land. Currently, the town is working with the state Department of Conservation and Recreation, environmental organizations and educational and cultural institutions to create a sustainable recreational and educational destination at Greylock Glen.

Adams is located within a three hour drive of approximately 30 million people, It is in an area known for quality cultural attractions. Its preserved 19th century architecture and natural beauty holds hope that new developments will stabilize the local economy. 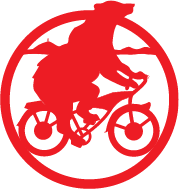 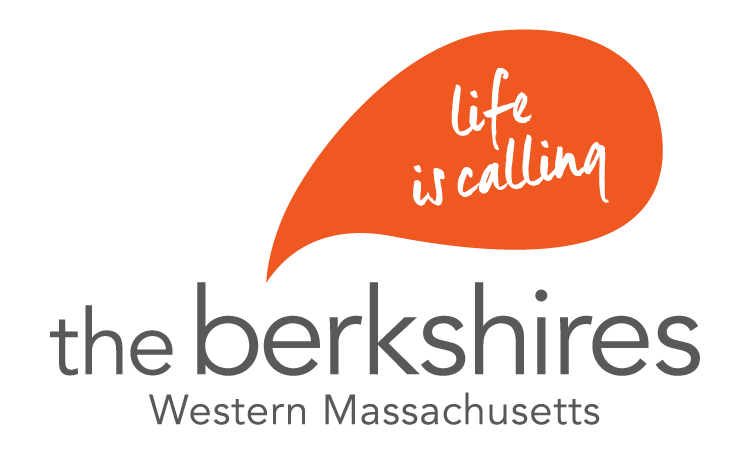